Sky-high IT in the heart of the City 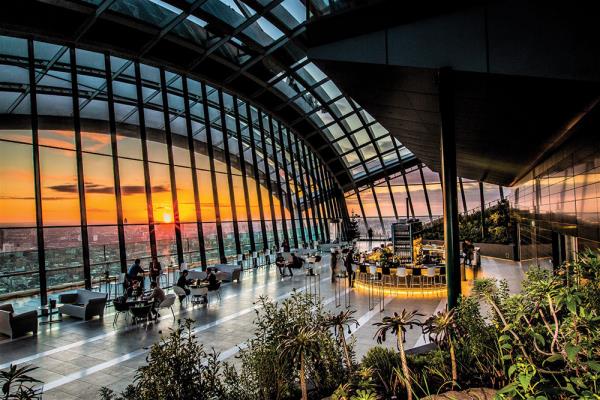 With their distinctive purple shop fronts, more than 80 ‘click and collect’ stores have been opened by Doddle since the company was formed in mid-2013 in a joint venture between Network Rail and the founder of Travelex, Lloyd Dorfman.

They are sited in railway stations, universities, shopping centres, business parks and inside shops such as B&Q, Cancer Research UK and Morrisons. Doddle says customers at its stores – most of which are open all week – can collect or return a package within three minutes. Retailers who list Doddle as a delivery option include Amazon, Asos, and Missguided.

The company sought to replace its existing routing platform, which required a 12-week wait for a fixed data line, with equipment that saved space in its small stores and allowed for a number of different types of connection. In addition, it needed to cope with expansion with just a small IT team.

Doddle opted for Cradlepoint’s AER1600 router with Enterprise Cloud Manager (ECM), the network management service available in the vendor’s NetCloud platform. It’s claimed Doddle can now run sites from a single in-store connection, bringing together routing, multi-WAN support, advanced security, private network support, and high-performance Wi-Fi in a platform that it can deploy, manage and optimise via the cloud.

Doddle’s CTO Gary O’Connor says: “We are looking to grow our store estate tenfold in 2017. To be able to do this successfully we had to make sure our network was able to manage connectivity for a growing number of locations and be flexible enough to keep up with our rollout pace.”

O’Connor says the new equipment has freed space for parcel storage: “Where previously we needed to accommodate a metre-high cabinet, now we’re able to open new locations with a device the size of a box of chocolates.”

Cradlepoint says the changes have saved Doddle 50 per cent in operating and capital spending. It adds that the company can now operate from even the busiest places and set up a shop in hours with a minimal footprint, using one or more handheld computers, label printer, tablet and a payment device alongside the router.