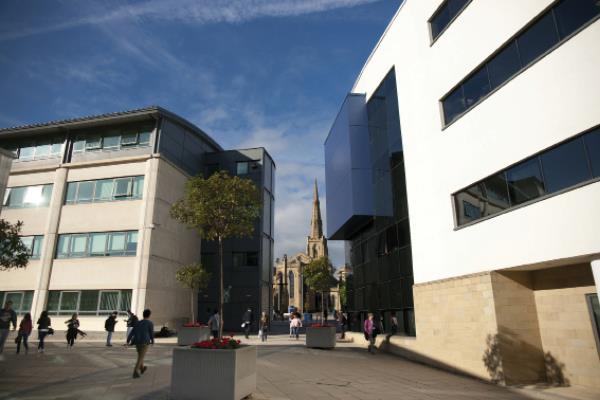 The university has made substantial investment in a refurbishment and building programme over recent years, modernising and developing the estate and now has fantastic facilities including specialist laboratories, studios and performance spaces. university buildings range from an historic 19th century church through to modern buildings including the home of Art, Design and Architecture, the Barbara Hepworth building. The university has a long history from its founding as the Young Men’s Mental Improvement Society in 1841 through to the present day.

The university has excellent standards of education, reinforced by numerous awards that it has received. These include the first Global Teaching Excellence Award, recognising the university’s commitment to world-class teaching and its success in developing students as independent learners and critical thinkers in 2017. In addition, the university is the UK’s leading university for the receipt of National Teaching Fellowships to mark Britain’s best lecturers in Higher Education for the past ten years and is proud to have been recognised as a gold-rated university by the Teaching Excellence Framework (TEF)

The university had been experiencing issues with its ageing wireless LAN system, which although when initially installed performed well was now starting to struggle with the demands of a more mobile learning environment.

The university engaged with a number of prominent WLAN vendors, seeking to appoint a leading solution, fit to support the university in its delivery of first class teaching and learning. As part of this requirement the University asked vendors to engage with leading, trusted, reseller partners to develop and deploy a proof of concept, to provide a live test environment from which the University could evaluate the new solution in many forms.

Evaluation of the new solution would include ad-hoc reviews of service provision from both staff and students of the test environment, as well as more measured technical and performance reviews to demonstrate capability and functionality. Following review, the university signed a contract in the summer of 2018 with European Electronique to deploy an Aruba WLAN solution.

The solution selected by the university is from a portfolio of products by HPE Aruba rated by industry analysts Gartner and Forrester as market leading. The solution was architected and deployed by European Electronique for both the initial proof of concept and migration and deployment to the live environment.

The solution consists of a number of Aruba Mobility Controllers, deployed in a cluster running the latest AOS 8 software, supported by a Mobility Master to deliver a centralised dashboard to easily see and manage controllers and to provide live firmware and feature upgrades to improve network reliability during active user sessions.

In order to ensure that the new WLAN deployment was fit for purpose European Electronique surveyed the estate of buildings to determine optimal placement of access points. This survey covered the estate of approximately 1100 APs and was conducted across the University’s range of very diverse buildings including old converted 19th century mill buildings through to modern, open plan, buildings. The surveys were documented and provided to the University for their existing cabling contractors to install both any new datapoints required to support the APs as well as the APs themselves.