Flying high: why university moved to the cloud 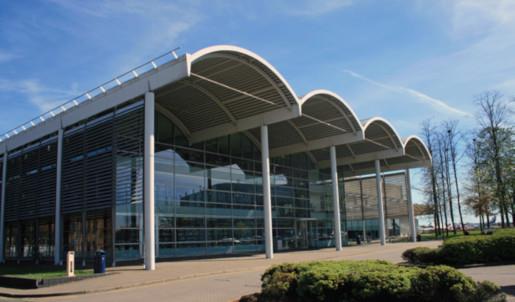 Built on a former air force base, Cranfield University is the only university in Europe with its own airport and air fleet. As well as the Bedfordshire campus, it has a second site in Shrivenham, Oxfordshire.

It is the UK’s only exclusively postgraduate university and specialises in education and research, particularly in technology and management.

Cranfield’s head of IT infrastructure, Edward Poll, oversees a team of 13 supporting 1,600 staff members and 4,000 students .

He said the university decided its future was the cloud: “Previously, we were replicating to a third-party host. If our two on-site data centres were completely down, we had no easy way to fully restore services from our third-party provider.

“We are making a push to cloud backup not only because it’s cheaper…but it replaces costly hardware and provides greater resilience. “Essentially, we want to drastically cut our unprepared downtime and build future cloud infrastructure for disaster recovery.”

He reports that previously it would have required building an entirely different infrastructure, a lengthy process which would mean greater costs, complex management, and slower recovery.

Cranfield turned to a cloud data management company called Rubrik which delivered an all-in-one solution for data archival and disaster recovery to the cloud which now protects its legacy, virtual and cloud workloads including Microsoft SQL, Oracle and VMware.

Mr Poll said: “It seamlessly integrated with Azure and its Google-like cloud search means we can quickly find and recover our data in a matter of minutes.

This is something that could previously take hours, sometimes even days.” Now, says Mr Poll, a CloudOn app allows rapid recovery in the event of a disaster: “If our on-premise site is down, we can quickly convert our archived VMs into cloud instances, and launch those apps ondemand in Azure.” Backup is also faster.

As well as reducing the college’s data centre footprint from 16U to 4U, the college had saved nearly 80 per cent in power and cooling, plus management time saving of more than 80 per cent.

Mr Poll gave another benefit: “As we grow, we can choose from any public and private cloud provider and easily move workloads from cloud to cloud.”