Raphael has finger on the pulse with unified comms 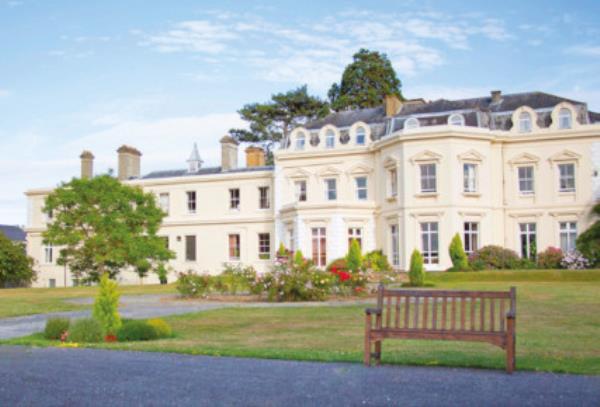 Established in 1983, the Raphael Hospital is said to be the largest independent neurological care provider in England, with more than 500 staff and a turnover of £35m.

As well as its original hospital in Hildenborough, Kent, and a second site in Brighton, the hospital recently expanded its service with the acquisition of Glenside Manor Healthcare Services in Farnborough and Salisbury. As part of this expansion, it wanted a new communications platform to ensure a uniform experience for workers and patients.

Historically, Raphael’s communications had revolved around ADSL connections and deskphones. This had been sufficient to keep care and administrative staff connected at the original location.

However, with the Glenside acquisition greatly increasing the size and geographic range of the organisation, it became clear that a more cost-effective option that would allow staff to communicate more efficiently and effectively was needed.

Jack Wise, business and comms lead at Raphael, says: “Given the scale of the acquisition, one of our primary aims was to ensure we could unite as a single business and prevent any culture clash. We needed to be certain that, wherever in the UK or even beyond our workers were, they could communicate with one another effectively and immediately.”

On the advice of its technology partner, Fluent Technologies, the hospital opted for 3CX’s unified communications (UC) platform. Wise says the switchover went as smoothly as his team could have hoped: “Since 3CX’s platform is entirely software-based, it was a matter of logging onto the platform and pressing a few buttons. In all, the switchover was completed with only 20 minutes of downtime – it took longer to collect our old ISDN phones than it did to get 3CX running smoothly.”

As a result of all the benefits that UC brings, care staff are now more efficient and can concentrate more of their time on their key roles of patient safety and care. And not only does Raphael now have full UC between all of its UK locations, it has also recorded a 62.5 per cent saving compared to the cost of its previous ADSL services.

Wise adds that the biggest unexpected benefit of 3CX’s system has been its simplicity. “Administrators, doctors and nurses don’t need any extra training to use the technology – they can simply pick up a device and use it the same as any other application. Similarly, adding new workers and new locations is even simpler than the initial implementation.

“As a result, we can communicate with our clinicians wherever they are in the world, meaning our patients are assured of the best possible care. We are planning to use 3CX in our expansion into new regions, such as Germany.”