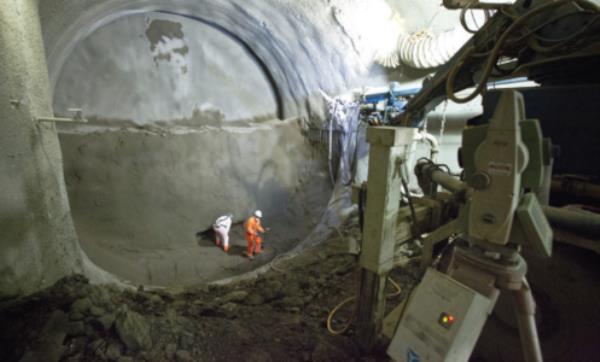 When Team BFK won three Crossrail contracts – worth a total of £700m-plus – the joint venture company decided to create a new IT infrastructure instead of using one from the three member firms.

Crossrail, which will be called the Elizabeth Line, is a 60-mile track, 26 of which are in tunnels, from Shenfield and Abbeywood to Reading and Heathrow. Priced at just under £15 billion, it includes 41 new stations and 30 upgraded stations.

BFK decided to outsource the IT at the project office in Westbourne Grove and satellite offices. The tender was won by a Godalming company, Fordway Solutions.

BFK’s head of business assurance, Geoff Bull, says: “Everything we do involves either communications or data storage, from working with our subcontractors, partners and Crossrail to the biometric site access management systems. As well as the typical office applications, we have applications such as AutoCAD for technical drawings, our planning and mapping software and our phone systems.”

As well as linking the sites and ensuring continuity/disaster recovery, the supplier was required to configure all PCs and laptops, supply onsite and roving support and a 24x7 helpdesk. At peak, BFK had 700-plus staff.

Fordway says it took four weeks to set up the infrastructure, including client devices and a fully managed, secure desktop service which included operating system and email management, email archiving, spam filtering and antivirus. It standardised on Windows 7 and Office 2010.

Fordway says a “warm standby” service can bring all systems back online within 30 minutes. All services are charged on a cost per user, per month; BFK pays only for the capacity used; and the software is also on a rental model.

As the tunnel boring machines moved along, Fordway set up the IT in 23 temporary offices along the route. BFK is now gradually reducing capacity and Fordway is completing the archiving of all the project data as the contract comes to an end.