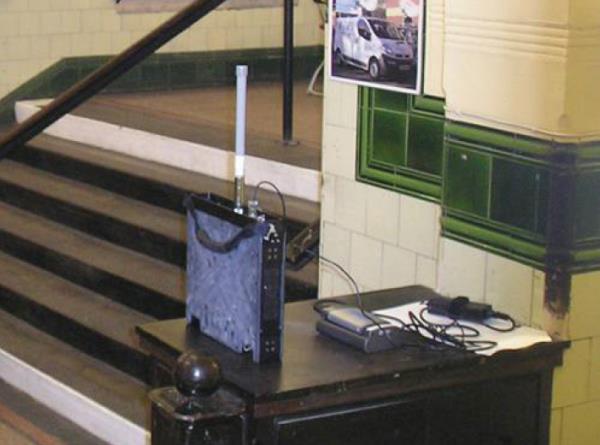 Almost a year after the devastating terrorist attacks that took place in London on 7 July 2005, Rajant Corporation took part in a critical communications technical demonstration. The goal was to stream video from a tube tunnel back to the surface, and Rajant says its system beat other competitors, streaming video back topside within 15 minutes of starting.

Rajant provided its BreadCrumb mesh networking units which built a self-forming, self-healing broadband network from the street to the platform and all points between. PrimeTech’s satellite truck provided worldwide access to information and simulated command and control facilities. Trilogy’s Mercury IP interoperable LMR systems provided the capability not only for UHF and VHF radios to interoperate, but also to work on the platform where no radio signal previously existed.

Rajant says the BreadCrumb network was deployed in minutes, thanks to a “highly advanced” meshing algorithm which needs no administration to selfform and begins working in less than sixty seconds from installation. A BreadCrumb XL was used to build the link to a satellite truck parked a street away and was the start of the network inside Aldwych station. Two Rajant SE units with magnetic mount antennas for rapid deployment were then hung from light fixtures inside the station.

The network was also extended to the lowest level by two ME units which operated down a lift shaft forming redundant links to the bottom. Here, additional SE units were deployed to the platform, creating what Rajant described as a “seamless” broadband network from satellite link to platform.

As part of the demo, Anvil’s flashlight camera streamed video of a simulated suspect package on the platform to observers in the lobby or anywhere in the world.

Rajant adds that one of the most exciting capabilities was the deployment of Trilogy’s Mercury IP interoperable LMR system. By connecting a pair of man-portable units (one at the station’s street-level ticket hall and one at the bottom) via the BreadCrumb network, the company says it was able to support interoperable UHF and VHF radio usage throughout the entire area, including the platform deep underground.