Taking the Tour of Britain online 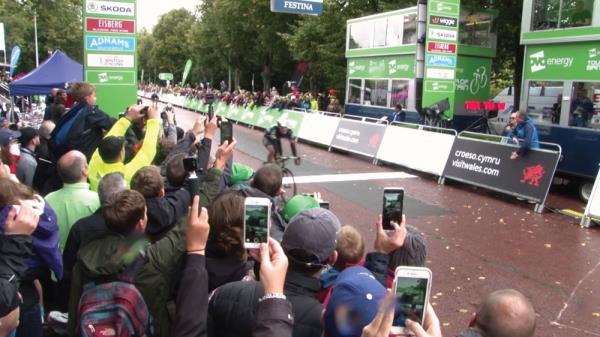 The Tour of Britain is the UK’s largest professional cycling race. Wi-Fi access is not only vital for connecting the event with a global audience, but to also ensure seamless communications between the organiser’s staff and service vehicles.

But taking the Tour of Britain online is no easy feat, as it presents a major logistical challenge of installing eight networks in eight different cities over eight consecutive days. Furthermore, the equipment must be weather-resistant, robust, able to be easily and quickly installed in time for each new finish line, and able to cope with the heavy internet traffic the event brings.

Since 2013, County Durham-based IT technology solutions specialist KBR has undertaken the challenge of connecting the Tour of Britain, selecting the equipment to negotiate these demands.

It partnered with Cambium Networks for the 2017 race, and chose the vendor’s cnPilot e500 outdoor 802.11ac APs for the multi-network system. More than a dozen units were installed at each finish line of the race. They were meshed together quickly and efficiently, and deployed using a singular cable which is said to have ensured a rapid, cost-effective and environmentally friendly installation.

The cnPilots includes Cambium’s cnMaestro cloud-based network management system. This is designed to eliminate the need for a central Wi-Fi controller which, according to Cambium, prevents any single point of failure and ensures that the network can handle the potential user density of several thousand simultaneously.

All eight networks were deployed on schedule, with Cambium’s equipment integrating seamlessly into KBR’s operation. Once installed, it’s claimed the APs provided “unparalleled” Wi-Fi performance in each city, meeting the high demands of spectators, event staff and service vehicles, even in adverse weather conditions.

Furthermore, KBR was able to use cnMaestro to view network traffic in real time, verifying good connection and ample delivery of bandwidth for the duration of the event.