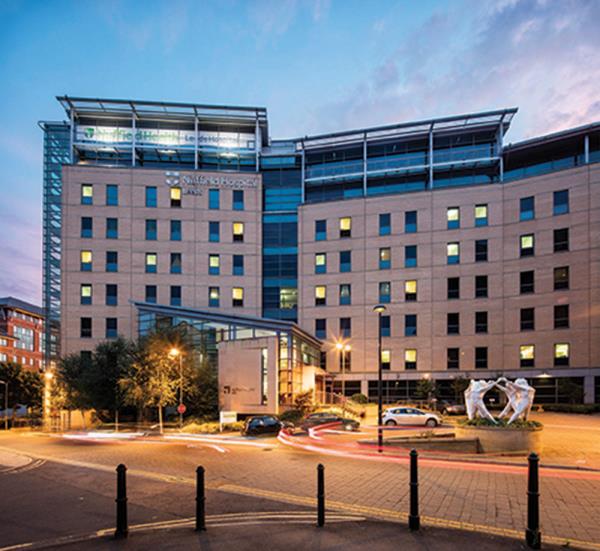 Nuffield Health says it has reduced WAN traffic by up to 75 per cent and seen up to a six-fold increase in bandwidth after deploying an SD-WAN.

The healthcare organisation has two data centres and around 20,000 users across more than 260 sites throughout the UK.

“Whether it’s accessing digital images on the operating table, or using the latest high-tech gym equipment, it was clear that our existing network infrastructure wasn’t up to scratch,” says Dan Morgan, IT operations director, Nuffield Health. “As such, we required a reliable WAN solution that would improve network performance and securely support our cloud-first IT strategy.”

Following a review of its WAN usage, the company discovered that more than 60 per cent of its traffic was being backhauled through the two data centres to the internet. This was significantly impairing network and SaaS performance.

Through its partner Ampito, Nuffield turned to Silver Peak to design a WAN edge architecture that would intelligently and securely route traffic over the internet based on application-driven policies without compromising performance.

Silver Peak says its Unity EdgeConnect SD-WAN platform was chosen for its ability to support “seamless” service chaining with zScaler and Palo Alto Networks firewalls for intelligent internet breakout. As a result of the deployment, it says Nuffield is now able to run dual internet links to its branches, with some sites able to run on LTE for connectivity until a fibre service is delivered.

In addition, the organisation has benefited from Unity EdgeConnect’s zero-touch provisioning which enabled a faster implementation. In fact, it’s claimed Nuffield installed SD-WAN at 189 sites in just four months; Silver Peak says that on average, 15 sites per week were connected which peaked at 27 sites in one week.

Morgan says SD-WAN has given his team complete visibility and control of the network and enabled them to see how SaaS and IaaS are being used. “This level of cloud intelligence is critical to our organisation as we continue to embrace new healthcare technologies available in the market.”