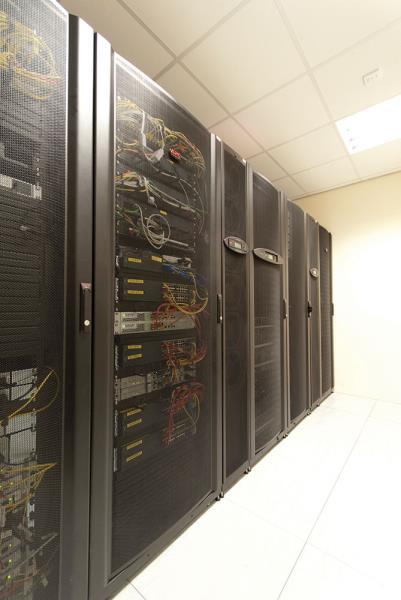 Since being formed in 1850, Cumberland Building Society (CBS) has grown to become one of Britain’s top ten building societies, with 34 branches throughout Cumbria, Dumfriesshire, North Lancashire and Northumberland.

In late 2012, CBS planned to move to a new head office. This provided an opportunity for it to upgrade IT infrastructure and procure a data centre solution that could also improve levels of reliability and availability in a cost-efficient manner.

The society had already worked with APT (Advanced Power Technology) on an earlier project to upgrade and maintain its power protection system. It therefore contacted the specialist, initially to ask for help to relocate its UPS and generator to the new HQ site five miles away. But then APT started asking questions about the full scope of the move, the IT load and how the society proposed to deliver a new server room.

Working in conjunction with Schneider Electric, APT designed a scalable, modular, pay-as-you-grow data centre for CBS’ new facility. This approach provided the benefit of enabling infrastructure to be right-sized according to the IT load; according to Schneider, a major cause of energy waste in data centres is due to over-sized infrastructure, often to accommodate a future growth requirement which is never realised.

CBS’ new facility also incorporates APC’s hot aisle containment solution (HACS) together with InRow precision cooling units. It’s claimed a key advantage of HACS is that it enables high density loads to be accommodated, helping to maximise utilisation where available space is constrained. In addition, it can avoid the need and cost for a dedicated server room with a raised floor.