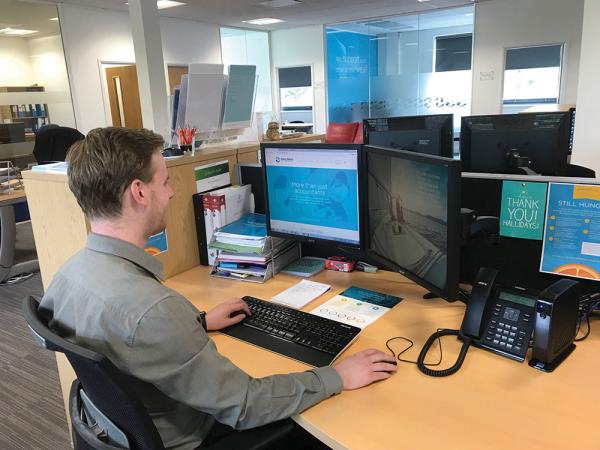 Hallidays is a firm of accountants and business advisors that supports numerous clients in the Stockport and Greater Manchester area. Founded in 1843, it provides a broad range of services covering not only accountancy and tax advice, but business growth, HR, recruitment, payroll, wealth management and corporate finance. Furthermore, rather than just act as an internal IT department and break-fix problem solver, Hallidays’ IT team provides an IT support and consultancy service for clients.

It’s claimed that the revenue generated by the eight-strong team has grown 250 per cent since 2014. This has been achieved as the firm has shifted its entire IT infrastructure and implemented server and desktop virtualisation along with IGEL’s UD2 and multimedia UD3 thin client terminals to significantly enhance organisational efficiency and boost team productivity.

At the end of 2012, Hallidays standardised on VMware vSphere for its server backend solution and Citrix’s VDI-in-a-Box for the desktop. As a result, the business cut its physical estate from 11 to three servers.

The UD2 and UD3 terminals were installed in a phased roll out, with the final batch purchased earlier this year to complete the project company-wide. To date, Hallidays has invested more than £175,000 in virtualisation, cloud infrastructure, servers, storage, networking and IGEL terminals.

IGEL says it was selected over competitive companies because its Universal Management Suite (UMS) facilitates easy deployment. Matthew Jones, Hallidays’ IT manager, says: “You plug a device in, it appears in the UMS, policies are then applied and once rebooted, that’s it. It takes five minutes from no configuration at all to full configuration and, compared to a traditional PC, we’re saving about one day a week on desktop administration.”

In addition, IGEL says its terminals are cost effective, consuming a fifth of the power and costing approximately half the amount of a traditional PC. Jones says: “We’ve set policies on the thin clients so they power on when someone connects into their virtual desktop and power down when they log off – that’s quite a big electricity saving over the course of a year.”