CCTV in the cloud aids landlord and tenants 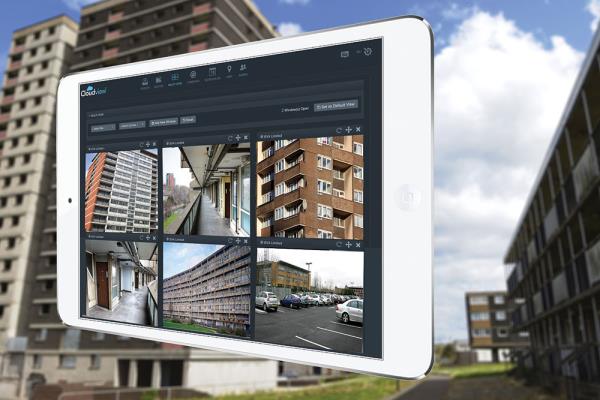 MHS Homes is the largest independent landlord in Kent, and has 8,500 properties and 270 staff. Based in Chatham, it was founded nearly 25 years ago when it took over Rochester’s council housing.

Like many in the housing sector, MHS Homes uses CCTV and each of its 20 sites has 12-14 cameras. Matthew Eddy, the organisation’s neighbourhood services manager, says: “At some locations we had cameras linked up so that we could see them from the office, but the system was slow and cumbersome. If something happened, we had to look back through all the footage to find it, so we were unlikely to do that unless we had a specific time for an incident.

“We sometimes found that when there had been an incident, the relevant camera was down. And even if the cameras were connected to our office, each one had to be tested individually to see if it was working. That takes a long time.”

MHS Homes is a member of the
Connected Homes Consortium (CHC), formed in early 2015 by the Housing Associations’ Charitable Trust (HACT). MHS agreed to a trial of an Internet of Things CCTV system from Cloudview, and it is now looking to introduce this to other sites, in particular four large tower blocks.

Eddy says: “All the equipment is currently in the lift monitor space in the roof, so if we need any footage, we have to use a specialist contractor to visit the site, climb down a ladder, burn a CD and deliver it to our offices. It would be so much cheaper and save so much time if we used the Cloudview system.”

The system provides secure, cloud-based video surveillance by means of a network adapter which can be retro-fitted to existing analogue or digital CCTV cameras. It only records when there is movement and uses broadband or Wi-Fi to store footage in the cloud. This can then be viewed by authorised users from multiple locations on their smartphones, tablets or PCs, and downloaded to provide evidence to the police if required.

Security is provided through HTTPS/TLS and public key encryption. All footage is time stamped, and the system provides an automatic alert if there is a problem with a camera.

The system has also resulted in other benefits for MHS. It provides evidence of serious anti-social behaviour such as damage, fly tipping and graffiti, helps in checking maintenance of communal areas, and shows attendance by contractors whose services are required for safety compliance.