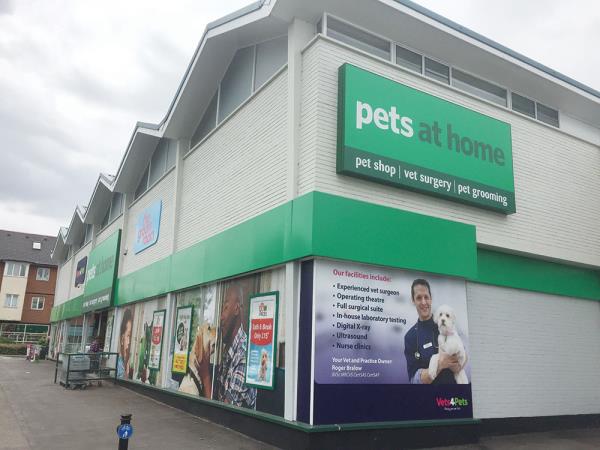 Britons own nine million cats and a similar number of dogs, a market served by Pets At Home from 430 stores, many with vet practices and grooming areas. And this year, the firm plans to open a further 15-20 stores.

Based in Handforth near Wilmslow, Pets At Home has warehouses in Stoke and Northampton, and in addition it owns Ride-Away for horse owners, is trialling Barkers (high street shops for dog owners), and owns the Whiskers N Paws retail brand.

The company has introduced an in-store iPad system (Pet Pad) which is designed to eliminate the need for customers adopting animals to fill out paper forms at the till, and to support staff in providing better pet welfare advice and services.

Business systems director Suzie Williams says: “We wanted to completely transform the customer experience, doing away with cumbersome processes and pen and paper forms. However, we immediately faced a number of obstacles with network and Wi-Fi coverage issues causing regular dropouts, adversely affecting the iPads’ ability to process transactions.”

Williams says this undermined staff confidence in the Pet Pad system, and also frustrated customers who found themselves spending time on the tablets only to have to fill out paper forms to complete their transaction.

“The seamless shopping experience that we had envisioned was being undermined by our connectivity issues, and we needed focused and dedicated support to provide the infrastructure necessary to make Pet Pads work,” she says.

The issue was compounded by the fact that the firm’s network requirements were split between two separate providers. “This meant working with different service levels and leaving notable gaps in our provision, so we decided to move everything to one provider to make management smoother,” says Williams.

Claranet rolled out a new WAN to more than 400 sites and 340 vet surgeries nationwide. In addition, it plans to add integrated 3G MPLS connectivity so that Pets At Home can securely process transactions in the event of a network outage.

Claranet has also installed a dedicated Microsoft Exchange hosted email platform, including Symantec’s anti-virus and archiving services, and a backup service
to securely store data from the retail units.

The new system has helped Pets At Home rollout more iPad applications, such as its VIP (Very Important Pet) loyalty programme, which is claimed
to have around 3.2 million members.