ENW claws back on upgrade costs with Wolverine 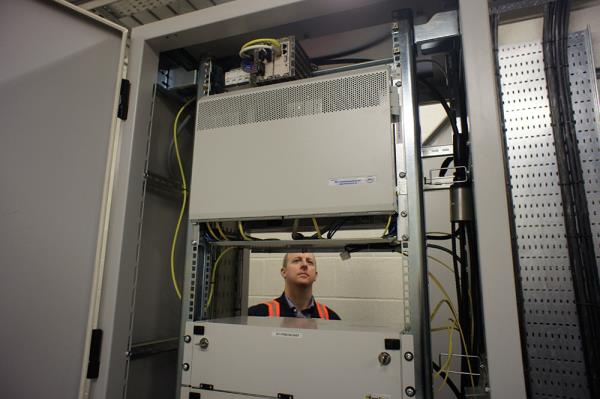 Electricity North West (ENW) connects more than five million people to the National Grid via a distribution network that covers a diverse range of terrain, from isolated farms in rural Cumbria, to areas of heavy industry and urban populations such as Manchester.

As part of its aim to maximise supply quality and minimise lost minutes, the company monitors and controls its 500 primary substations via a central SCADA system connected to a data comms network. RTUs (remote terminal units) installed at the substations transmit voltages, current, switch states, transformer temperatures and alarm data from connected sensors and equipment.

But the existing data network was based on copper cabling and a very large VF serial-based solution which offered limited bandwidth (only 1200 baud), no redundancy, and insufficient resilience. ENW decided to upgrade to an Ethernet IP-based solution but was concerned that vast new fibre infrastructure would be required to support this. With around 11,000km of installed cabling potentially needing to be replaced, the size, complexity, time and cost of the project was extremely prohibitive. It was therefore essential to find a solution that could use the existing cable infrastructure wherever possible.

The answer came from Westermo and its Wolverine Ethernet line extenders. The company says these allow effective Ethernet networks to be created over distances of up to 15km (depending on cable characteristics), whilst enabling data rates up to 15.3Mbps. Crucially for ENW, the SHDSL technology the devices are based upon makes it possible to re-use many types of pre-existing copper cables. This meant that ENW could upgrade without replacing its vast cable infrastructure.

The line extenders have now been installed throughout the network, with around 750 being used to connect the RTUs at the primary substations. Using Westermo’s WeConfig software tool, ENW’s IT and telephony networking team are able to configure and monitor the line extenders remotely.

The vendor says ENW’s DIN-rail mounting and 48V power supply requirements, typically found in the existing housing cabinets at the substations, meant that the line extenders integrated “very easily” with the existing setup.