Camden in London has topped the UK rankings for new business creations as the capital’s booming tech scene continues to drive growth down south.

A total of 2,110 net new businesses were created in Camden in 2018, according to figures published today by private equity investment firm Growthdeck.

This was closely followed by Westminster with 2,100, while Hackney ranked fourth with 1,410.

The UK average is just 115 new companies per local authority.

The figures mark the continued success of the capital’s tech and fintech sectors, with areas such as Silicon Roundabout and East London Tech City in Hackney now well established as start-up incubators.

Tech businesses Transferwise and Monzo both recently opened their first offices in the area, while King’s Cross in Camden has also emerged as a thriving tech hub and is now home to fast growing fintech firms such as Monese and Google’s own AI company Deep Mind.

“Gaining access to vital investment to fuel growth is a big attraction for tech startups in Camden and Hackney,” said Ian Zant-Boer, chief executive of Growthdeck. “The presence of big private equity and venture capital investors in the area means entrepreneurs there are part of a broader network, not just purely a tech cluster.”

Although the top 10 was dominated by London boroughs, Liverpool came in third place with 1,495 new businesses.

However, Aberdeen was the worst performing area in the UK, recording a net loss of 3,195 businesses in 2018.

A gradual decline in oil prices since 2014 has taken its toll on the local and Scottish economy at large.

“The government should also consider following the Silicon Roundabout model to create tech hubs in other areas of the country, to ensure tech business creation is more evenly distributed rather than being concentrated in the south east,” Zant-Boer added. 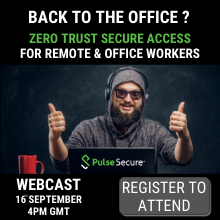