TSB has pumped £120m into a new IT centre in Edinburgh, to drive forward digital banking and creating 100 new tech jobs in the process.

This move forms part of a three-year plan announced in the wake of the bank’s 2018 IT disaster and will serve its five million customers.

The centre will open in April and will be home to IT specialists, data engineers and analysts.

The bank was rocked by a dreadful upgrade in 2018 that left nearly two million customers without access to their accounts for several days and made some basic services unavailable for months.

The fiasco, which marked what analysts described as “the most ambitious IT upgrade attempted in the country”, cost TSB north of £350m and led to the departure of a host of senior executives, including chief executive Paul Pester.

TSB’s board and then executives placed much of the blame on Sabis, the in-house IT provider of its Spanish owner Banco Sabadell that managed most of the bank’s systems.

It said in 2019 that it would take more control of its infrastructure in response to the crisis. 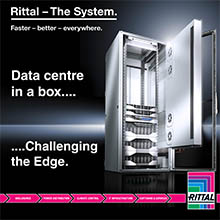