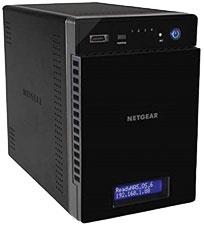 Netgear has a solid reputation as a hardware maker in the IT and comms space.

This has been strengthened by its strong track record in the manufacturing of NAS drives.

The ReadyNAS 214 comes with extra capacity – it has four drive bays rather than two and the disks ones installs can be set up in a variety of ways.

Although not as powerful as some comparable NAS units, the general consensus amongst reviewers is that this piece of kit does all the basics well and Plex support is very much a standout feature.

The ReadyCLOUD portal-based user interface and app on PC, Mac, smartphones and tablets make the RN214 a popular choice because of its simplicity and ease of use.  netgear.co.uk