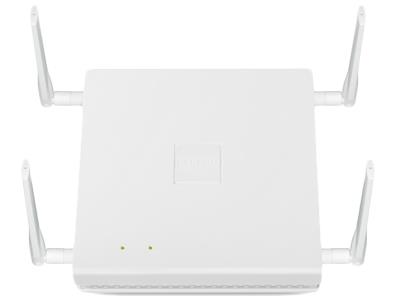 Two new Wi-Fi 6 access points – the first in a range from Lancom – promise to deliver reduced latency and up to 25 per cent greater throughput per Wi-Fi client.

This, says the company, makes them suitable for high performance wireless LANs and networks with a high number of end devices.

Each of the antennas has two IEEE 802.11ax radio modules for parallel operation at 2.4 and 5GHz and 4x4 multi-user MIMO (MU-MIMO) for uplink/downlink.

Lancom says devices with two antennas that support 60MHz benefit from data rates to 2,400Mbps in the 5GHz band.

Up to 16 non-overlapping channels are supported in the 5GHz band.