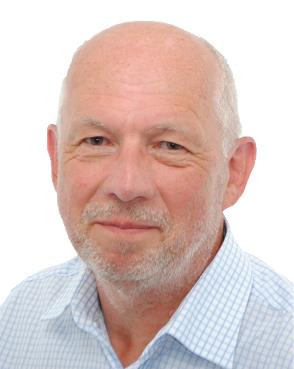 E thernet is a flexible, yet complex networking technology which demands the use of efficient testing equipment and simplifies troubleshooting.
Since its introduction in the 1970s, Ethernet has displaced practically all other wired local-area network (LAN) technologies, because of its flexibility. Christian Schillab, Marketing Engineer at Fluke Networks describes why a flexible, yet complex networking technology demands a tester that keeps troubleshooting simple.

Flexible solutions for every application
Twisted-pair cabling coupled with the introduction of active hubs and switches made it possible for organisations to install Ethernet to support everything from multigigabit short-range links in the server room, to longer runs based on 100Base-T for connecting security cameras. The arrival of the IoT is making Ethernet increasingly important for building automation and other services that go beyond traditional IT.

To Power over Ethernet
At the electrical level, the four pairs of wires inside a typical Ethernet-grade cable such as the Category-5 (Cat5) provide a great deal of flexibility. The high-speed variants of Ethernet, such as 1Gb/s and 10Gb/s can use all four pairs to transmit data. The older and lower-bandwidth 10Base-T and 100Base-T versions use two of the pairs in the cable for data signals and the other two pairs for power.

A second mode combines data and power using electrical isolation circuitry. This makes it possible to use cables that have just two pairs of wires to supply power to 1Gb/s-capable devices. This is PoE’s Mode A; Mode B employs the spare wires.

PoE can cope with sizeable power demands. In the case of Cat5 cable, the conductors are safe to carry as much as 360mA at 50V. In principle, a maximum of 36W can be delivered to a device at the other end from a power supply in the switch. In practice, the amount delivered will be lower as the electrical voltage drops with distance. A 100m cable might only be able to deliver 32W to the device at the far end. If Mode A needs to be used, the maximum power drops to just over 25W.

Safety Concerns
The PoE standard takes care of safety as well as compatibility issues through a negotiation process between the two devices at either end of the cable. First it detects whether a device able to receive power is connected by measuring the resistance across two wires. If it finds a valid resistance, it starts to negotiate what power is needed before activating the pairs that are needed. If it is wrong, it will not supply power.
The protocol is safe and effective. But it is clearly more complex than simply plugging a piece of equipment into a traditional wall socket. When things do not work as expected, the installer or maintenance technician is left with very few clues as to what is wrong. Is the cable broken or is it unable to deliver sufficient power to activate the device, perhaps because it does not have the requisite conductors? Is the switch failing to recognise a valid device or is the device itself at fault?

Effective troubleshooting
These issues are why access to effective cable testing equipment is vital in today’s environment. Given the sheer variety of cabling and protocol options available for Ethernet, the technician cannot be expected to remember which combinations will work together. Their job is to make sure a security camera, lighting panel or a WiFi router is installed and can power up and work properly.

A common technique for attempting to test the performance of cabling links is to just use a pair of Ethernet transceivers in a tester and a remote unit and then attempt to connect, whilst communication can be tested, they do not actually measure the performance of the cable.

The LinkIQ provides the user with a gesture-based touchscreen that displays findings when plugged into an RJ45 port. It will perform electrical checks to determine if the cable connects to anything, and then runs tests to determine the performance of the cable in terms of its datarates, from 10Base-T to the gigabit-plus forms, as well as its ability to supply power. If cable is not connected at the far end, the technician can use remote ID units to find where it goes and why it is not connected to a switch port.

If there is a switch port at the other end, the LinkIQ will display statistics such as whether the switch has the capability to support the device being installed. For PoE, the unit can display the pairs where power is provided, including the different power levels and the wire pairs used. It will place a load on the connection to ensure that the advertised power is being delivered. As information on the network layout and performance is vital for maintenance, the unit can generate documentation after the tests.

Importance of simplifying testing
As Ethernet is now a complex, multifaceted networking technology with cabling that reaches into practically every part of wired infrastructure, technicians who deal with it need test equipment that can provide insights into its operation, inclusive of bitrates and connectivity, but also power. That is why a device such as the LinkIQ is now such an important tool.