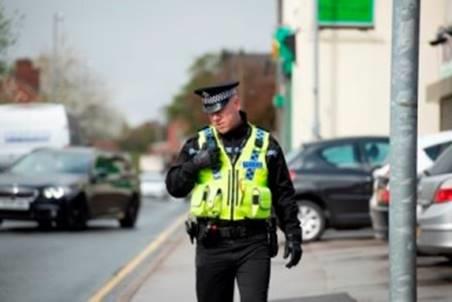 A UK police officer with a Sepura SC20 TETRA radio

Bedfordshire Police, Cambridgeshire Constabulary and Hertfordshire Constabulary made use of their joint purchasing power to equip officers from across all three forces with the new SC20 TETRA radios. In all over 1,900 radios were purchased across the three forces, to work alongside their existing fleet of Sepura radios.

By using the SC20 TETRA radios, officers will benefit from powerful, robust radios with loud, clear audio, ensuring that critical voice communications can be clearly heard and understood, even in noisy environments.

In addition the radios are applications ready, meaning that each force can in time develop bespoke applications to enable quick, secure access to critical data.

“After conducting trials, the response from the forces was that the SC20 benefitted from robust design, an intuitive user interface and loud audio, making it ideally suited to the users’ operational needs," said Andy Gregory, business development director at Sepura. "The sale is significant to Sepura of course, as Cambridgeshire are Sepura’s “home” force, and many of our staff live in Bedfordshire and Hertfordshire where the new radios are now being deployed.”