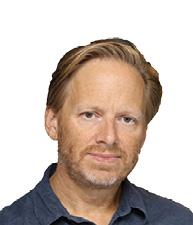 I’d have to say it was going from a paper round to being a golf caddy at 13 years old – the money quadrupled!

I used to go to my local club and sit on the wall waiting to be picked, but I was often the very last choice – as the ‘stronger’ older kids were selected by the regular players first. One day I was chosen by a group who were visiting from Iceland though and that day changed everything for me.

When they left, I remember them giving me £20. This is circa 1981 by the way, so you could imagine my shock at all this money – I tried to act completely normal, and calmly put the note in my pocket before skipping all the way home! I couldn’t believe it. To this day, it still makes me smile to think about that random but really generous moment I experienced at such a young age.

My dad – and Tarzan. Johnny Weissmuller was the actor who played Tarzan back then, and he was also an Olympic swimmer, which for me was legendary. I was a keen swimmer when I was younger and travelled the country competing as part of the Poole Dolphins – I wasn’t quite as great when it came to swinging from vines, however.

What’s the best piece of advice you’ve been given?

Not to take life too seriously – as you can see from this Q&A.

Gun laws in the US.

I would invest it in iplicit – the true cloud accounting software firm I’m now CEO of. We’re entering a really exciting part of our growth trajectory with new feature releases to help alleviate the stresses and strains for mid-market organisations that have outgrown their entry-level cloud software such as Xero and QuickBook, but yet don’t want the complexity and cost of NetSuite and Microsoft Dynamics at the other end of the scale.

The mass migration to cloud systems is well underway, and as a business we are not constrained by opportunity – the only thing holding us back is recruiting enough talent fast enough. Therefore, this additional money would be used to attract more star players to our (already) phenomenal team and help more organisations to adopt the best cloud finance system on the market.

Where would you live if money was no object?

I would struggle to settle in one place – so I’d have to try at least 10, is that allowed in this Q&A? Because of my love for skiing, cycling and all water-based activities, I’m drawn to mountains and lakes so I’d instantly choose those types of surroundings.

A cosy stone-built house with floor-to-ceiling glass, open fireplaces, a private jetty and boathouse, built beside a huge lake and at the foot of snow-capped mountains behind would do nicely. I don’t ask for much do I?

And, based on all the places I’ve travelled to before, I’d probably choose somewhere like Lake Locarno/Lugano in Europe or maybe even Lake Tahoe in the US.

There’s no right answer here, but for me the Rolling Stones would edge it on most occasions. In truth, you could write chapter and verse on the merits of both of these legendary bands, so it probably comes down to what you want to listen to at the time.

The Beatles are like a fine wine; served at the perfect temperature in an idyllic setting they are just sublime. Sometimes though, all you really want is a cold beer and a greasy burger; and that’s the Stones. More often than not, I’d enjoy that cold beer.

If you had to work in a different industry, which one would you choose?

Film, primarily because I like the idea of creating something special that will last many years. I could see myself developing the synopsis for a movie – most likely a comedy – and working with a scriptwriter, choosing the right cast, travelling to different locations, and editing the whole thing together sounds like it could be a lot of fun.

What’s the best technological invention in your lifetime?

DNA/genome mapping. Genomics is providing us with a human instruction manual that outlines how we go about ‘fixing’ ourselves and, while I don’t believe we should all live forever, I’d be keen to see how it might measure up when it comes to eradicating some of the horrible diseases that we have such as the many forms of cancer and dementia.

If you could have dinner with any famous person from the past or present, who would you choose?

That’s such a tough question – particularly when it comes to choosing just one. I think a lot of people might say this, but I’d love to sit down with Sir David Attenborough and just listen to what he has to say. He’s not only a ‘national treasure’, but I know he’d be truly fascinating and have some incredible stories to tell.