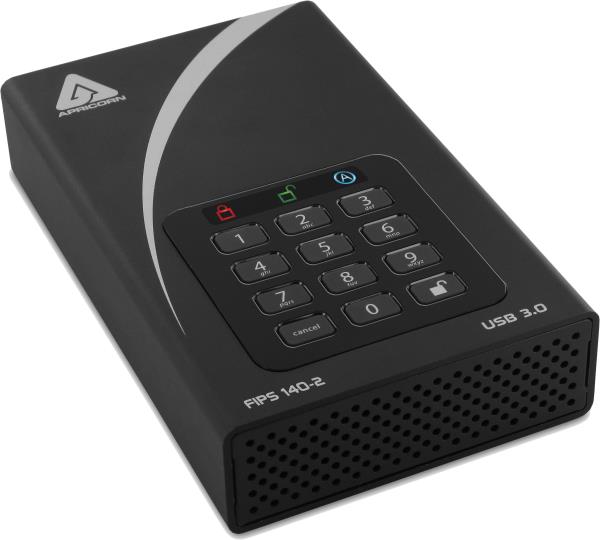 Taking data offline is the best way to keep it secure, says Apricorn as it introduces the latest in range of Aegis Padlock DT FIPS desktop drives.

Pocket sized, it is said to be the first 18TB encrypted drive and includes the company’s AegisWare firmware and feature set. All passwords and commands are entered on the device’s onboard keypad.

Apricorn says 100 per cent of the authentication and encryption processes take place within the device and never involve software or share passwords/encryption keys with its host computer.

Additionally, it says, all have military grade 256-bit AES XTS encryption so firmware is locked down and cannot be updated or modified, defending against malware and ensuring data remains secure and accessible only by the user.

The new model is the latest of eight, starting with 2TB. Apricorn says its devices help companies in regulated industries – such as finance, government, power and energy, legal and healthcare – to adhere to compliance regulations.