The increasingly popular field of study known as “network science” could help solve some of the challenges of managing networks amid continual change, according to scientists at the Queen Mary University of London, which has launched a new, groundbreaking course on the subject. 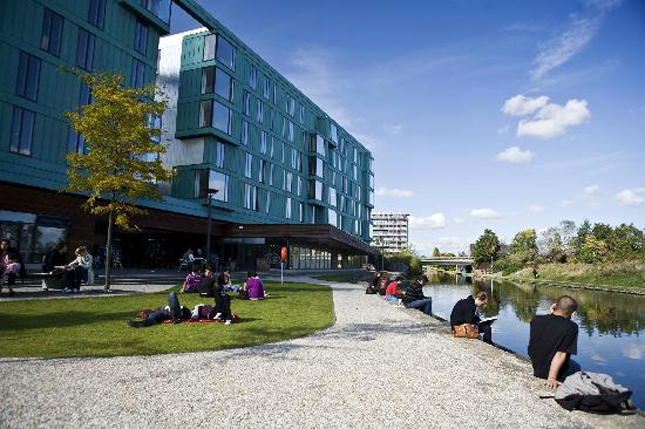 Queen Mary University of London claims its MSc Network Science course is the first of its kind in Europe.

Queen Mary claims its MSc Network Science course is the only one of its kind in Europe. The master’s degree subject will be taught by a number of lecturers, including Dr Lucas Lacasa and Dr Ginestra Bianconi.

In an interview with Networking+, Lacasa says: “The network paradigm has shifted the way we understand complex systems.

“In the era of big data, business managers need to incorporate in their portfolio the relevant knowledge on how to describe and understand multicomponent systems whose elements (namely cells, neurons, people, organisations) interact in a non-trivial and often non-linear way. Network science offers a mathematically sound corpus to address these issues.”

Network science can provide deep insights into network phenomena, says Bianconi, who has written a number of academic papers on the subject. In one paper, called Mutually connected component of networks of networks with replica nodes, she describes “giant mutually connected” networks, and discusses how they interact with each other.

This may be useful to network managers who are having to grapple with new developments such as software-defined networks, for example, and decentralisation, where there is no main server, and parallel computing with no main server, which leads to what some academics call the “concept of emergence”, a standard phenomenon in complex systems where the macroscopic behaviour (for example, consciousness) cannot directly be explained in terms of how simple elements (such as neurons) work. It is a purely collective phenomenon that emerges from the interrelation (via synapses) of millions and millions of neurons, and the wiring architecture is the network. This architecture is far from random, according to some academics, and the structure that emerges there is unexpectedly similar to the architecture emerging in other complex systems, such as for instance, social networks.

Lacasa, whose background is applied mathematics, says the Queen Mary MSc Network Science degree “is all about networks: where they emerge, how to understand and model them, and how to make sense of them”.

Network science is a newly defined subject, but many believe it will increasingly gain in importance as more students see how it can give them knowledge which can be applied to many industries.

On the Queen Mary website, network science is described as “a new kind of science to cope with some of the most challenging endeavours we face today, in an ever increasingly more connected society”.

Sarah Coleman, Queen Mary’s post-graduate programme officer, says the MSc Network Science course has just recently opened for enrolment and will continue to accept applications until the end of August. “We ran something similar last year, called Maths for Networks,” she says. “But the MSc Network Science course is more interdisciplinary, which is what the students wanted.”