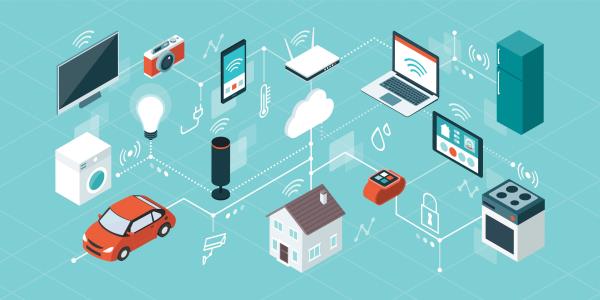 By transforming the environment with billions of active devices, IoT will enable countless possibilities from autonomous vehicles to wearable technology, connected health and smarter cities

The Internet of Things (IoT) market is expected to be worth $1.1 trillion by 2021, as it continues to expand across different verticals, with China among the fastest developing regions.

By transforming the environment with billions of active devices, the Internet of Things (IoT) will enable countless possibilities from autonomous vehicles to wearable technology, connected health and smarter cities. While the first wave of the future, the smart meter, is implemented in the majority of homes already, other deployments to bring smart services to all aspects of daily life are continuing to pick up pace.

However, for these applications or systems to communicate with each other through the IoT, regardless of their technical specifications or characteristics, semantic interoperability is key to ensure seamless interworking of services.

IoT is a complex system

While the IoT may present a huge opportunity for telcos, it also presents challenges as these technologies are also a prime target for attackers. As a result of this, data breaches are becoming more sophisticated than ever and with varying levels of risk.

In light of this, supporting service domains has never been so important as data will be used in industries such as transportation and public security, making information breaches one of the biggest prohibitors to mass IoT adoption as new security challenges arise with each deployment. Despite these challenges, city authorities have a golden opportunity when it comes to utilising the data generated by smart city applications – enabling them to make enhanced, data driven decisions. The alternative is to operate several silos and absorb the associated costs.

From the perspective of developers and service providers, a complex system such as a smart city requires interoperability across multiple domains, so the horizontal linking of data through a standards-based approach is the key to moving forward.

The IoT offers a prime opportunity for smart cities to implement a convenient way of living through first-of-its-kind innovation. However, none of this is possible without semantic interoperability.

As a national priority mission, smart cities will provide advantages to not only the government, but the whole community including improved transportation, enhanced citizen and government engagement and efficient public utilities. However, governments need to think ahead about how they deliver this and ensure these programmes are to true their value.

A common IoT framework provides cities with the means to connect and communicate with any smart city asset. This can vary from waste management and urban mobility systems to street lighting and monitoring systems designed to protect lives and infrastructure from environmental damage.

With growing demand for smart applications, building the bridge of interoperable IoT systems across global markets is a must to increase efficiency of city-wide actions. Not only this, interoperability can significantly reduce costs in terms of system development, integration and maintenance, and will ensure data is safe and secure. By selecting a horizontal IoT platform, it enables different IoT use cases to be supported by the same platform, eliminating vendor lock-in and ensuring smart city deployments are highly scalable and cost-effective for city authorities.

Transforming to a standardised system within the mass market

oneM2M’s horizontal platform is designed to provide a service layer between applications across different verticals and the underlying connectivity networks, supporting end-to-end encryption of data in a secure and controlled manner. The oneM2M standard provides the tools to ensure interoperability across multiple devices on the same platform, which will ultimately improve security by authentication of each application or device.

Going forward with the mass adoption of smart cities, information must be fused together to generate the effectiveness of city-wide actions such as the public service emergency response. Without interoperability boosting the response capabilities of this industry, it could be a potentially life-threatening result and is a must-have on top of IoT data collection and sharing.

Sealing the future of IoT, is oneM2M’s latest set of specifications, Release 4, which will continue to create a common language between IoT devices, enabling vertical interoperability, best-in-class security and interworking with legacy IoT standards. Release 4 is being designed to support interworking between a range of industry verticals, including smart cities and Industry 4.0. Together, these factors stimulate the domestic IoT market and will help it grow rapidly as innovation momentum gathers from different enterprises.

To ensure its standardised global implementation within the mass market, oneM2M’s global founding partners, including ETSI, TSDSI, TTA, and along with standards body ITU, will ensure that oneM2M is able to satisfy the further security demands of IoT through game-changing collaboration.

Furthermore, the oneM2M standard is well suited to handle city sensors and the data they generate and is why it is being considered as the national IoT standard for India as part of its smart cities vision. This aims to develop 100 cities across the country by 2023 to make them more citizen friendly and sustainable.

In India, vertically siloed application vendors make up a large percentage of the IoT application environment, particularly in the smart city ecosystem. Following the announcement of the Government of India’s smart city vision, proprietary platform providers are continuing to fill the smart cities space.

As a result, cities across India are at risk of being locked into expensive proprietary solutions when deploying and extending their IoT applications. This is driving a deeper understanding of standards in smart cities across the nation and is why oneM2M, is working with its partner TSDSI and the Centre for Development of Telematics (C-DOT), to raise awareness of the benefits of a standardised IoT framework.

The future is bright with semantic interoperability

With the IoT industry breaking new ground across the sector, we are seeing many endeavours in the research and standards communities to build a more harmonised and semantically interoperable ecosystem. This is why system designers and developers should adopt for a common approach, found in standards like oneM2M, as the basis to build an open and fully flexible interworking system architecture.

As city planners – such as those in India - strive for greater cross-departmental synergies, it is essential that the technologies they select during the procurement process is completed carefully. As a result, long term evolution should be considered with the support of semantic interoperable technologies, to ensure they are not limited as their immediate needs evolve.

Therefore, it is essential that both networks and devices can be used for more than one purpose and this is where standardised IoT frameworks play a pivotal role - paving the way for city authorities to create new features, new ways to manage, govern and live in the city of tomorrow.